What is Borage oil?

Native to Asia, borage is a plant widely cultivated in Europe for its seeds and the oil extracted from them. It is rich in omega 6, vitamins (A, D, E and K) and triterpenes.

Borage was originally a herb cultivated for medicinal and culinary purposes. The oil extracted from it is the richest vegetable source of gamma-linolenic acid (GLA) and is used as a food supplement and in cosmetics because it has many benefits, particularly for the skin and face. 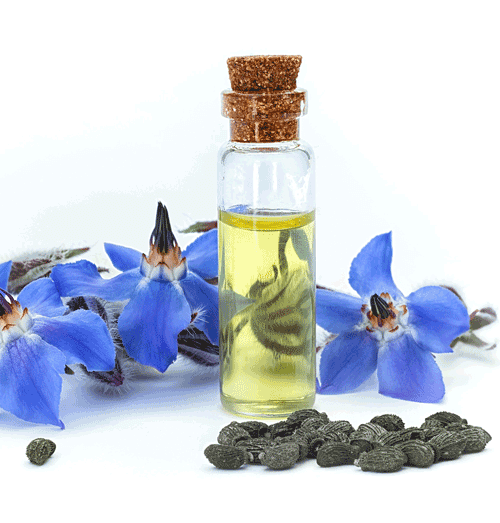 The different parts of borage oil

Borage herb is traditionally used in folk medicine to soothe coughs. It also has diuretic, anti-inflammatory and astringent properties and is used in kidney and bladder disorders. The flowers are sometimes used to promote healing.

The leaves are used in some countries in salads or in some cold drinks for their cucumber-like flavour. The dried flowers are considered an aphrodisiac in Lebanon, and are consumed mixed in alcoholic drinks, fruit juices and jams.

All parts of the borage plant can be used but the oil is extracted from the seeds of the plant. The oils currently available on the French and European markets are either of "virgin" quality, i.e. obtained by first cold pressing, or "refined" with a specific purification process which guarantees the stability of the oil. The oil content of borage seeds varies according to the degree of maturity of the seed, the type of solvent used and the temperature at which the extraction is carried out. For mature seeds, the percentage of oil varies between 28.4% and 33%. Borage oil is easily oxidised and needs to be kept cold and dark to avoid alteration.

The composition of borage oil can vary greatly, but it consists mainly of triglycerides, a small amount of unsaponifiable matter (sterols, triterpenes, alcohols and tocopherols), and a small proportion of polar lipids. 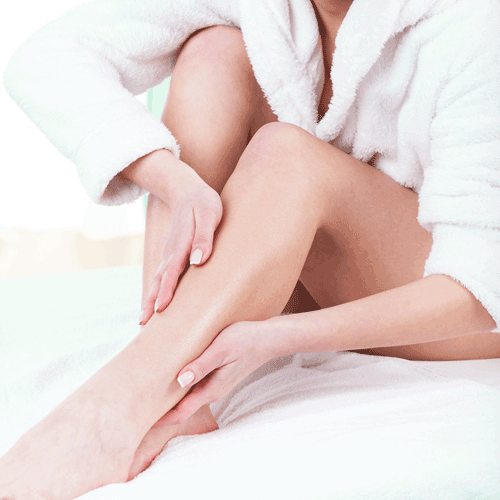 Benefits of the Borage Oil

The skin is an essential organ, composed of three main structures, the epidermis, the dermis and the hypodermis. Maintaining the integrity of each of the skin's components is essential, as any alteration modifies its qualities and functions.