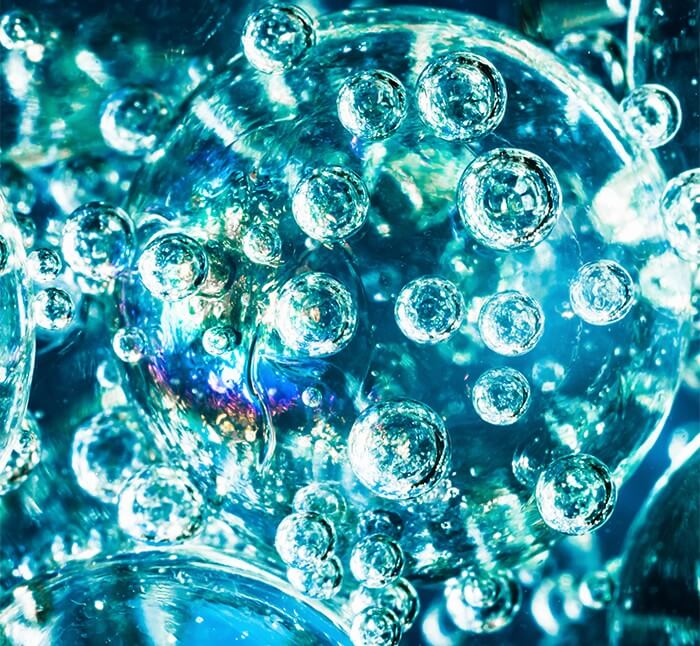 Multi-sensory moisturizing, the Fucogel ® enhances the skin softness and firmness. The skin is restructured; the face regains its density and its contours.

Fucogel is an anionic polysaccharide that is rich in Fucose.

Fucogel is produced from raw materials from plants via biotechnology fermentation and has a highly controlled viscosity. Fucogel is a water soluble, multifunctional ingredient that can provide the following benefits in cosmetic formulations:

Owing to its unique ability to reduce sensory nerve fiber hyperresponsiveness, by inhibiting activation of the ASIC receptor pathway in response to an irritant, Fucogel® immediately relieves neurogenic inflammation (reduction in the release of substance P). Hence, just 5 minutes after application, Fucogel® has a neuro-soothing effect on fragile, sensitive skin, by reducing stinging sensations

Owing to the hygroscopic properties of fucose and its polysaccharide structure, Fucogel® increases the synthesis of epidermal and dermal hyaluronic acid which decline with age. It has a pleasant moisturizing effect on the skin.

Owing to its high fucose content, Fucogel® interacts with keratinocyte lectins to modulate keratinocyte communication within the epidermis, and thus acts on protein synthesis. Fucogel® thus helps fight against aging by stimulating the synthesis of collagen 1 and proteins contributing to the skin’s longevity: sirtuin 1 (patented). It is thus able to preserve vital cell processes controlled by sirtuins, such as DNA repair and resistance to oxidative stress.

RESTRUCTURING:Owing to its ability to stimulate sirtuin 1, Fucogel® also promotes epidermal renewal, with its potential demonstrated by the stimulated expression of three proteins, loricrin, involucrin and SPRR2 markers for differentiation. Fucogel® thus helps fight against aging by compensating for the natural decline in cell renewal. By restoring barrier quality, Fucogel® can bring comfort once again to fragile, sensitive skin prone to irritation.